Izon Six is the collaborative work of two brothers who have been creating music since their childhood. David Irilli and Anthony Irilli have always had a passion for music.  They realized it at a young age and seemed to always be doing something related to music together.  It basically all started in the basement of their parents' house as a family jam session with instruments purchased from a local discount store. Eventually it progressed to basic recordings using an old hand me down four track recording system.  As time went by, they realized there was something a bit special and unique about what they were doing and decided to spend more money and take more time fine-tuning their sound while also contemplating their musical direction.  Over time, they had a better idea of what they were, a new kind of progressive or alternative rock band.  Over the years, they had amassed about 200 songs and had over 17 “personal” album creations.  Band names changed over the years, but the goal was always the same; make music that you love and keep doing it until you can’t do it anymore.

During the year 2014, they recorded 16 new songs which would become their first official release titled "Music and Memories."  After finalizing the lyrics and recording final vocals they decided to take their music to a professional recording studio and were lucky to find the East Coast Recording studio in Warminster PA.  Engineer and Grammy Award Winning Producer, Jim Cravero, brought out the best in their music and the sound they were always hoping for.  In December of 2015, Music and Memories was released under the name Izon Six.  The lyrics are introspective, and are a lot about the past but just as much about looking ahead.  The album represents their lifelong journey in music, love for their family, and living for music and memories.  Izon Six is a new beginning in this journey.  The Irilli brothers' creative spirit and quest for writing and recording music is now stronger than ever. 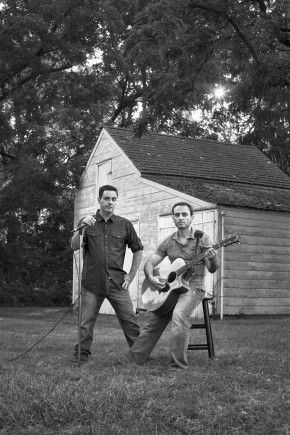